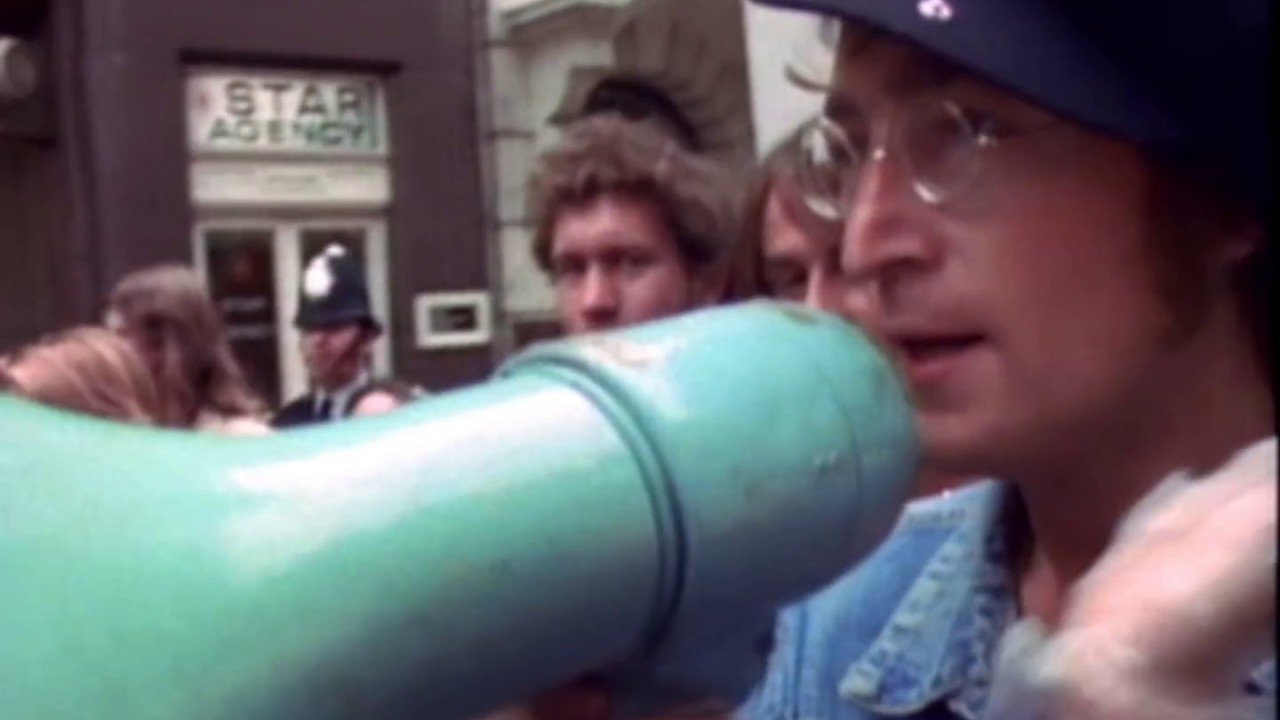 This is the new video for John Lennon’s fourth single with the Plastic Ono Band, ‘Power To The People’, which was a call to action, one that had its roots in the radical politics of the 1960s and its title is one of those expressions that has become part of late 20th century cultural thinking.

Released on 12 March 1971, the origins of ‘Power To The People’ come from a phrase that was used as a form of rebellion against what US citizens perceived as the oppression by The Establishment. The Black Panthers used the slogan ‘All Power to the People’ to protest the rich, ruling class domination of society, while pro-democracy students used it to protest America’s military campaign in Vietnam.